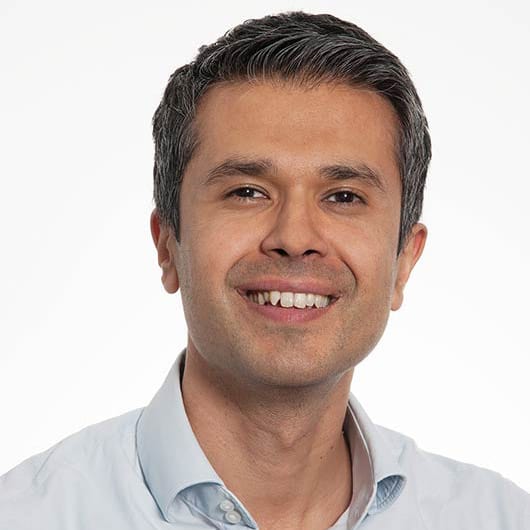 Dr Aseem Malhotra is a visiting Consultant Cardiologist, and visiting Professor of Evidence Based Medicine, Bahiana School of Medicine and Public Health, Salvador, Brazil. He is a world renowned expert in the prevention, diagnosis and management of heart disease. He is honorary council member to the Metabolic Psychiatry Clinic at Stanford University school of medicine California, and is Cardiology MSc examiner at the University of Hertfordshire, UK. He is a founding member of Action on Sugar and was the lead campaigner highlighting the harm caused by excess sugar consumption in the United Kingdom, particularly its role in type 2 diabetes and obesity.

In 2015 he helped co-ordinate the Choosing Wisely campaign by the Academy of Medical Royal Colleges as lead author in a BMJ paper to highlight the risks of overuse of medical treatments. In the same year he became the youngest member to be appointed to the board of trustees of UK health think tank, The King’s Fund that advises government on health policy. Aseem is a frequent expert commentator in print and broadcast media and he has written scores of articles for a number of publications including the BMJ, British Journal of Sports Medicine, BMJ Open Heart, JAMA Internal Medicine, Prescriber, The Pharmaceutical Journal, European Scientist, The Guardian and Observer, BBC online, Huffington Post, The Daily Mirror, Daily Mail, The Daily Telegraph and the Washington Post. He is international guest editor of the journal of evidence-based healthcare.

Aseem has appeared in the Health Service Journal’s list of top 50 BME pioneers, and has won a number of awards for his work to raise awareness of diet-related illness both in the UK and internationally. He is a pioneer of the lifestyle medicine movement in the UK and has had feature articles written about him in the New York Times, The Guardian, The Telegraph, and Healthcare Leader. In 2018 he was ranked by software company Onalytica as the number 1 doctor in the world influencing obesity thinking.

In 2016 he was named in the Sunday Times Debrett’s list as one of the most influential people in science and medicine in the UK in a list that included Professor Stephen Hawking. His total Altmetric score (measure of impact and reach) of his medical journal publications since 2013 is over 10,000 making it one of the highest in the World for a clinical doctor during this period. His first book co-authored with Donal O’ Neill, The Pioppi Diet, has become an international best seller.

Sir Richard Thompson, Past President of the Royal College of Physicians and former personal physician to her majesty The Queen said “Dr Aseem Malhotra is changing the face of medicine and his revolutionary book the Pioppi Diet should be read by everyone”

Awards, Prizes and Recognitions
Here are some of the latest awards, prizes and recognitions of Dr Aseem Malhotra:

Dr Aseem Malhotra’s main areas of non-clinical work covered in 2014, have included the organization of seminars for NHS England CEO, Simon Stevens, on “Delivering New Models of Care”, and Improving the Health of NHS Staff in relation to the Five Year Forward view. He also wrote the executive summary and co-authored a report on International Hospital Standardized Mortality Rates for Professor Sir Bruce Keogh.

In England we are registered with the Care Quality Commission. For our full report please click the link below.

In Scotland we are regulated by Healthcare Improvement Scotland. For our report please click the link below.

In 2021, ROC Private Clinic received UKAS accreditation in accordance with standards 22528 and 15189.

ROC Private Clinic is a part of the Achilles FPAL community, which promotes supplier business prospects in a cooperative and impartial setting.

This website uses cookies to improve your experience while you navigate through the website. Out of these cookies, the cookies that are categorized as necessary are stored on your browser as they are essential for the working of basic functionalities of the website. We also use third-party cookies that help us analyze and understand how you use this website. These cookies will be stored in your browser only with your consent. You also have the option to opt-out of these cookies. But opting out of some of these cookies may have an effect on your browsing experience.
Necessary Always Enabled
Necessary cookies are absolutely essential for the website to function properly. This category only includes cookies that ensures basic functionalities and security features of the website. These cookies do not store any personal information.
Non-necessary
Any cookies that may not be particularly necessary for the website to function and is used specifically to collect user personal data via analytics, ads, other embedded contents are termed as non-necessary cookies. It is mandatory to procure user consent prior to running these cookies on your website.
Others
Other uncategorized cookies are those that are being analyzed and have not been classified into a category as yet.
Advertisement
Advertisement cookies are used to provide visitors with relevant ads and marketing campaigns. These cookies track visitors across websites and collect information to provide customized ads.
Analytics
Analytical cookies are used to understand how visitors interact with the website. These cookies help provide information on metrics the number of visitors, bounce rate, traffic source, etc.
Functional
Functional cookies help to perform certain functionalities like sharing the content of the website on social media platforms, collect feedbacks, and other third-party features.
SAVE & ACCEPT
Powered by